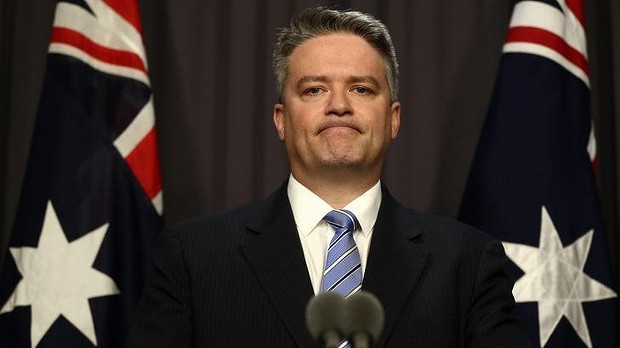 Minister for Numbers Matthias Cormann has revealed his shock at learning that not all Pizza Hut customers receive their pizzas personally delivered to them on a silver platter by the company’s CEO.

“When I found out the information I was stunned to say the least,”said the Government’s leading Arnold Schwarzengger Impersonator Senator Cormann. “I just assumed that everybody got their pizzas this way. I mean sure I do have a close personal relationship with the Pizza Hut CEO but doesn’t everybody?”

“It’s not like I give them preferential treatment. I mean I did tell parliament house that Pizza Hut pizzas would be a great option to have in the canteen and they are now served in the parliamentary canteen. But that’s just a coincidence.”

When asked what he would say to ordinary everyday Australian’s who don’t get their pizzas delivered this way or have their flights booked by company directors, Senator Terminator replied: “Start networking, work the phones, press the flesh and when you get a knock-back don’t just leave, tell them that I’ll be back.”

Senator Cormann has pledged to pay for all Pizza Hut pizzas he has consumed over the past 8 years and has also promised to return the complimentary bags of cash that came with his pizzas.