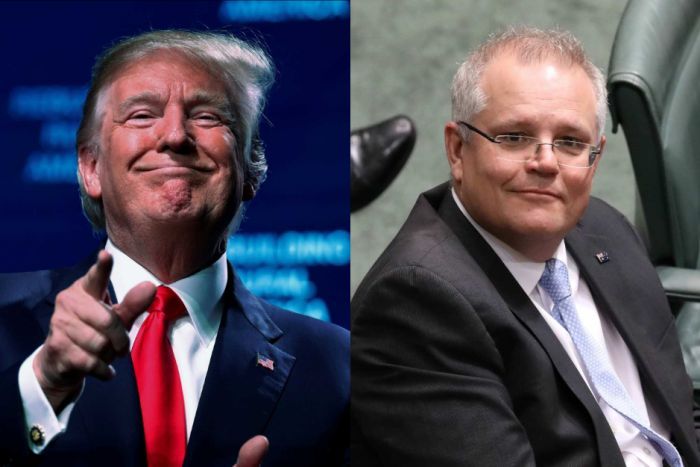 Australia’s Prime Minister Scott Morrison has reportedly invited American President Donald Trump to come to Australia to join him for a State dinner at the Prime Minister’s restaurant of choice, Engadine Macca’s.

“We Australians are an hospitable bunch,” said Prime Minister ScoMo. “So when my mate Donald invited me over for a state dinner, I did what any other fair dinkum Aussie bloke would do and I reciprocated the offer.”

When asked why Engadine Macca’s was the venue of choice and not somewhere a bit fancier the Prime Minister replied: “Well we were going to go to George Calombaris’ restaurant but I don’t think the Don is too keen on eating cooked books.”

“I’d say he might like to learn how to cook the books but I think he may know a bit about how to do this already.”

The President has accepted the Prime Minister’s offer and is said to be excited about finally getting down to Engadine Macca’s after Mr Morrison spoke of it so highly.

Like Loading...
‹ Malcolm Roberts Demands A Royal Commission Into Whether Or Not The Fridge Light Stays On When The Door Is Closed
Alan Jones Moves On From Abusing Women To Attacking A More Worthy Opponent, Children ›