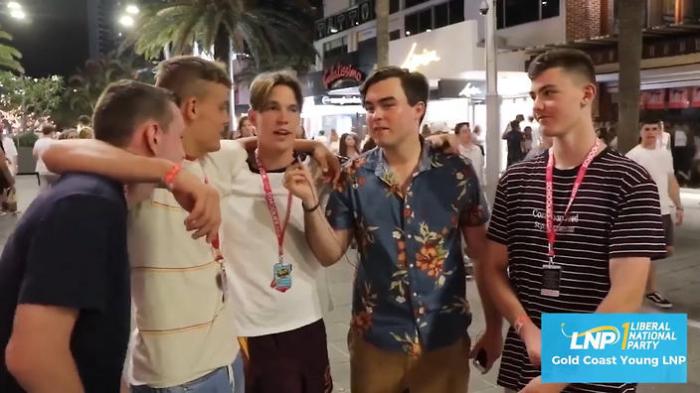 The two members of the Gold Coast Young Liberals who made a video that included racist slurs against indigenous people are set to be punished later this week by being forced to join the Westpac bank graduate program.

“This is an extreme form of punishment for a young Liberal,” said a Party Insider. “Usually young Libs are slotted in to sitting members offices to be groomed for future stints in the Senate.”

“Or some are allowed to start at one of the more prestigious banks or investment firms. But to make them start at Westpac well that’s just cruel.”

When asked if the party had a problem with racism the Party Spokesperson said: “Absolutely not, we as a party don’t just discriminate against the Indigenous we also go after the refugees, the poor, the elderly, the sick, unemployed people called Bill.”

“You name it we discriminate against them. Now if you’ll excuse me I’m off to kick a homeless person.”

Like Loading...
‹ Minister For Manila Defends His 4 Year Bucks Party
Aussie School Kids Defend Their Performance In Maths With 12 Out Of 10 Of Them Thinking They Are On Par With Other Countries ›