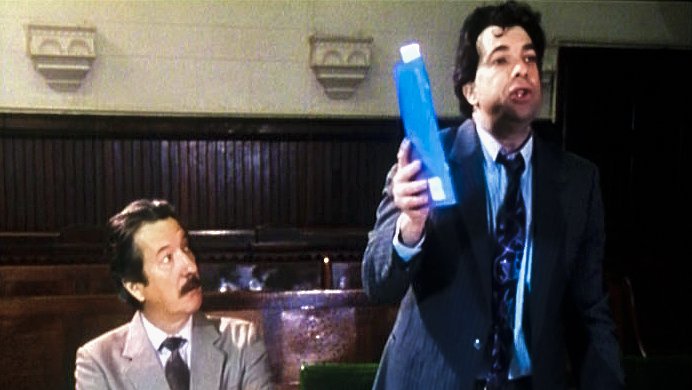 One Nation Senator Pauline Hanson has spared no expense in hiring constitutional law expert Dennis Denuto, as seen in the movie the Castle to take the Queensland Government to court over their decisions to close the borders.

“How dare the Queensland Government close off our borders to everybody,” said Senator Hanson. “I mean, I could understand if it were just to Asians or the Muslims, but to stop white people from coming here for a holiday, well that’s just unconstitutional.”

”As soon as I heard about it I rushed to the phone and hired the best lawyer in the land, Dennis Denuto.”

When asked why she had hired an actor to take the case to court rather than an actual lawyer, Senator Hanson said: ”Dennis Denuto is a lawyer, he’s not only appeared, but also won a case in the high court.”

“Did you not see the movie the Castle? He told them all about the vibe and Mabo. He’ll show that QLD Premier what’s what.”

”Now, if you’ll excuse me, I need to see if Matlock is available so he can be second chair to Dennis.”

Like Loading...
‹ Scotty From Marketing Says Cook A Curry Not A Stir Fry For Your Country
Trump Foils Plot To Assassinate Him With Malaria Bearing Mosquitoes ›