“Only Room For One Bigmouth In My Office” Says Michaelia Cash 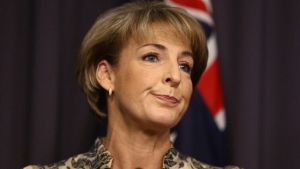 Michaelia Cash has fired the staffer who alerted the media to AFP raids on the Australian Workers Union stating that her offices were not big enough for the both of them.

“I loudly deny that I have a policy of only hiring staff with big mouths so that it makes my own mouth look smaller,” said the Employment Minister in a press conference that was heard around the world. “Other members of my staff such as The Joker, Brian Blessed, Julia Roberts, The Hungry Hungry Hippos and The Face From The Entrance To Luna Park will back me up on that one.”

Meanwhile Malcolm Turnbull has denied using the Federal Police to do his personal bidding after 32 AFP officers were dispatched to his Point Piper mansion to rescue his cat from up a tree.

“The AFP is an independent body and if they decide to send 32 officers around to my place to make a human pyramid to get my cat down from a tree that’s entirely their own decision,” said a relieved Mr Turnbull after being reunited with his favourite Persian. “Who knows, maybe Mr Fluffy was up the gum tree looking for terrorists or drug lords.”

The officers advised Mr Turnbull to call on them if his cat gets up the tree again or if he has any other “get up” related trouble.