Book Excerpt: A Bigger Picture An Autobiography By Malcolm Turnbull 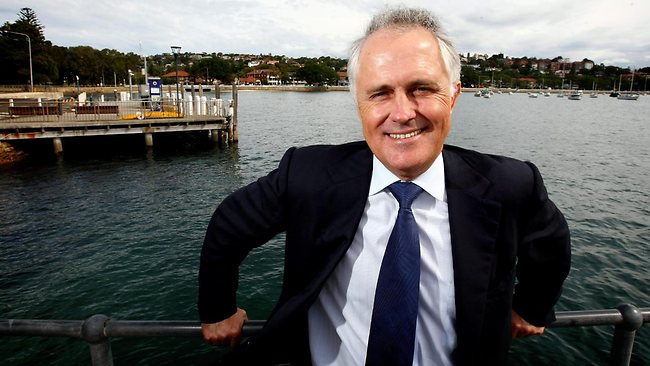 When choosing a title for one’s autobiography, one needs to consider how the title will be viewed – not only for the present, but in decades to come when it is being studied by scholars and school children alike.

I did share a chuckle with my butler over the title I chose –  A Bigger Picture. I said, “Why, Jeeves, this could be interpreted as what you get when you take a picture with the Member for Manila George Christensen. Oh how we laughed!”

I’ll talk about Georgie Boy a little later in the book in a chapter titled: ‘Sex Tourist Or Aspiring Foreign Minister?‘

What does A Bigger Picture  mean? That is the question that you are most likely asking yourself.

Well, for me Malcolm Bligh Turnbull it means so much, yet so little.

For you see, when I dared to dream as a youngster it wasn’t dreams of sporting success or starring on the silver screen. It was of one day climbing to the top of Australian politics and leading the country as best as one can with one’s hand tied behind their back.

I had done it all in business. I had made millions, brought the internet to Australia and helped out little Aussie battlers like Kerry Packer with their court cases, yet I yearned for more.

However, upon reaching the pinnacle of Australian politics, I was reminded of the Rolling Stones lyric, “You can’t always get what you want.” That was certainly the case with the team I inherited.

Upon first reflection, I felt that  I had a team that could lead and succeed. However, I soon learnt that in my deputy Barnaby Joyce’s case that rather than lead he was more likely to breed.

Barnaby Joyce has been described as Australia’s greatest retail politician. Well, if this is the case I can see why retail sales are plummeting.

Barnaby talks of weatherboard and iron, which is quite delicious, as when I look out across the harbour from my mansion I see Barnaby’s old school and I don’t see much weatherboard or iron there.

I’ll discuss Barnaby Joyce later in the book in a chapter titled: ‘Nothing Beats A Root?’

Malcolm Turnbull’s autobiography, A Bigger Picture will be released in all good book stores in late April. Look out for Malcolm and his infamous leather jacket to hit the publicity trail from March onward.

Like Loading...
‹ Joyce Orders All Parliamentary Staffers To Wash Their Hands Before He Attempts To Seduce Them
NSW Premier Orders Hospitals To Hand Over All Sanitisers And Face Masks To RSL’s And Pokies Venues ›