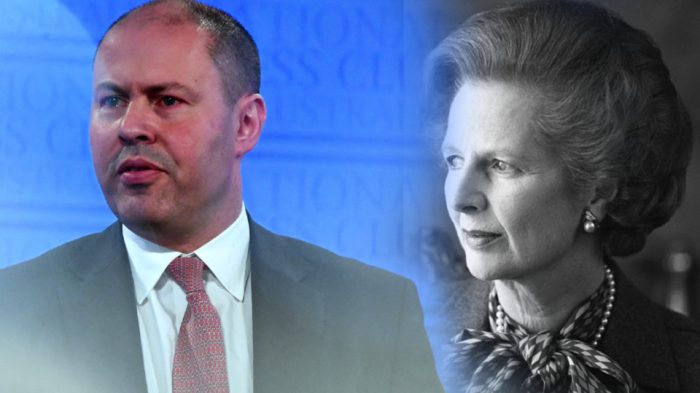 Treasurer Josh Frydenberg was spotted sneaking into his home study last night, carrying what looked suspiciously like a Ouija board under his arm before locking the door, a source close to the Morrison government’s “numbers man” told The (un)Australian.

The source, who chose only to be identified as “his missus”, says the treasurer was in there all night, seemingly in deep communion with the spirit of former British Prime Minister and Frydenberg’s personal hero Margaret Thatcher.

“I knew it was Thatcher coz of the noises coming out,” the source said. “Josh kept yelling ‘Yes Maggie, smash the unions! Cut the public service! PRIVATISE IT ALL! SELL IT ALL YES YES YES!!!”

When asked what on Earth he had been up to all night in the room, Frydenberg insisted he was simply meditating on the economic crisis in a bid to come up with solutions.

The (un)Australian’s source later shared insight into these meditations – “He just said that, apparently, a great thing to do when you’re in really deep shit is to invade some islands that most of the world have barely heard about. Then he looked straight at New Zealand on the wall map, with a slightly-crazed glint in his eyes. Honestly, should I warn Jacinda?”

Like Loading...
‹ Hanson Reminds The Nation’s Karens That She’s The Queen Karen
Pete Evans Conflicted Over Appearing On The Masked Singer ›